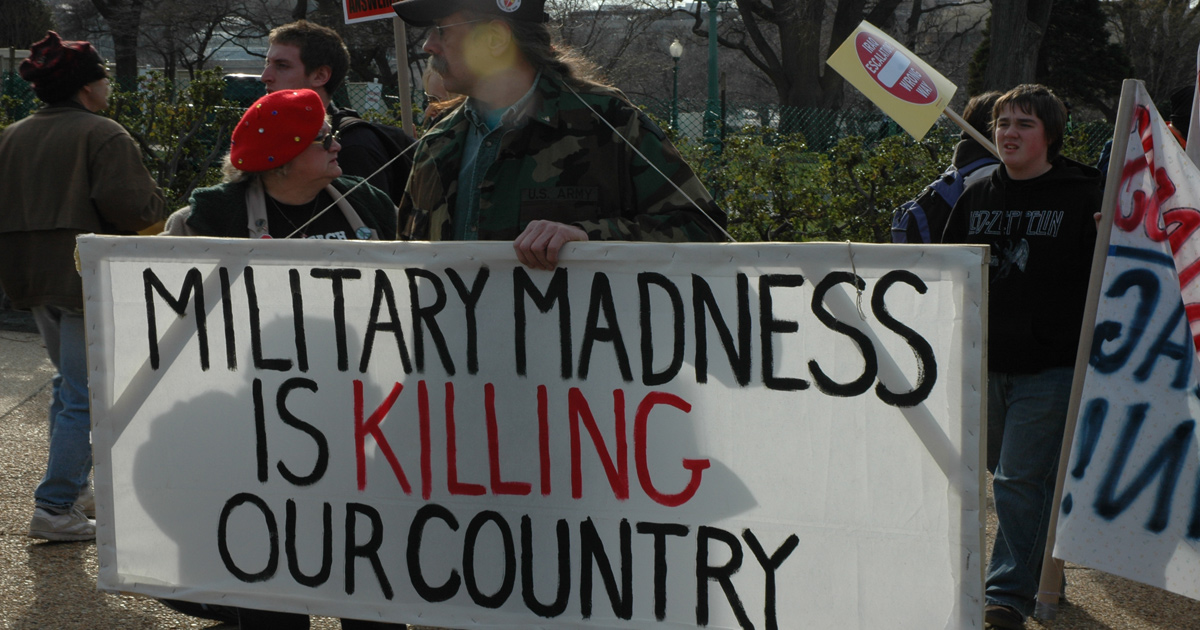 Our nation was born as the first great experiment in modern democracy. We seek to rescue that heritage from the erosion of citizen participation. Moreover, we seek to dissolve the grip of the ideology, intoned by big-money interests for more than twenty years, that government is intrinsically undesirable and destructive of liberty and that elected officials should rightly "starve the beast" by slashing all spending on social program, in the name of freedom. We challenge that tactic by calling on all Americans to think deeply about the meaning of government of the people, by the people, and for the people. In a democracy, individuals come together to form structures of governance that protect and advance the common good. We the citizens are the government, and we the citizens can direct it to fulfill its finest goals and purposes. Our citizens must not permit usurpation of their authority by acts of individuals and government agencies that isolate or insulate government from their oversight and control. We, the People, have a responsibility to participate in self-government through all the means that our Constitution provides.

Citizens of a democracy must have the information and ability to determine the actions of their government. Vast concentrations of wealth and power that have occurred in recent years are inherently undemocratic. The deregulation of corporate activity and the decentralization and underfunding of the regulatory structures that remain—accompanied by the centralizing of big money —has been a disaster for our country. The true owners of the public lands, pension funds, and the public airwaves are the American people, who today have little or no control over their pooled assets or their commonwealth.

The power of civic action is an antidote to the corporate control of so much of our lawmaking and regulating. The pervasive abuse imposed by corporate power increasingly undermines our democracy, but the Green Party seeks to rekindle the democratic flame. As voting citizens, taxpayers, workers, consumers, and stakeholders, we unite to exercise our rights and, as Thomas Jefferson urged, to counteract the "excesses of the moneyed interests." Toward this end, we consider serious reform of campaign funding to be essential, as well as curbs on the influence of corporations on lawmakers and regulatory agencies.

The Green Party considers American democracy to be an ongoing, unfolding project that is dynamic and creative in nature. We are committed to the strengthening of our civil society, including the many mediating institutions at the community level that have always characterized our democracy. We seek to heal the alienation and apathy that has been cultivated in the citizenry by the power brokers of the status quo. Righteous anger about the crippling of our democracy is rising in the land, and the Greens offer constructive alternatives. In addition, we seek to repair the plummeting opinion of the United States in the international community resulting from our arrogant, narcissistic foreign policy of recent years. A growing and grave imbalance between the citizens of this country and the interests that extract power from the citizens is an imminent danger to our security and national and global social stability. We strongly feel that our country should view itself as a member of the community of nations... not above it. The United States could well play a leadership role in that community but only if we become committed to an eco-social vision of peace, national self-determination, and international cooperation.

Our goal is to become an important political force in this country, and to present candidates for election at every level of government.

Greens will crack down on political corruption and strengthen the voice of the people at all levels of government.

Everyone deserves the opportunity to influence the governmental decisions that affect them. But the defining characteristics of modern politics in the United States are a corrupt campaign finance system that enables corporate and wealthy elites to purchase political outcomes; and an abundance of anti-democratic electoral, ballot access and debate rules designed to minimize participation and choice.

To achieve genuine citizen participation, citizens must share in the power of governing. Greens seek to bring vibrant grassroots democracy to every part of the United States.

Greens seek to repair U.S. electoral system, from how elections are financed, to conducting them in more fair and representative ways, to ensuring accountability and transparency on all levels of government. In particular, Greens believe that the U.S. winner-take-all voting system is fundamentally flawed, resulting in low voter participation, little choice or competition in countless elections, and far too few women and minorities in elected office.

The failure to fulfill the promise of democracy leaves millions of people in our country too discouraged to vote and others who chose to vote seemingly trapped among false and limited choices. A system that promotes full and fair representation would draw millions of people in the United States into civic life and could revive democracy in this country.